Today the project was to finally put my LED light strip up under the awning.  My bright idea was to power it with the porch light fixture wires.  I just cut the wires going into the bulb fixture and connected it to the power input for the LED light strip. 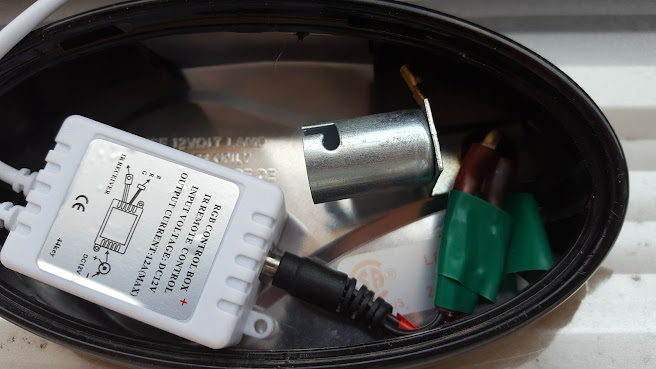 Then made a y-connector for the wires from the light strip itself and plugged everything in. 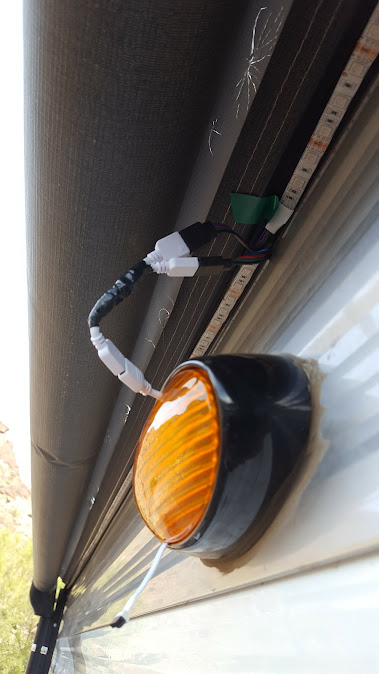 Last step was to tape it all down.  I’ll pretty it up more tomorrow, but just wanted to get it up now. 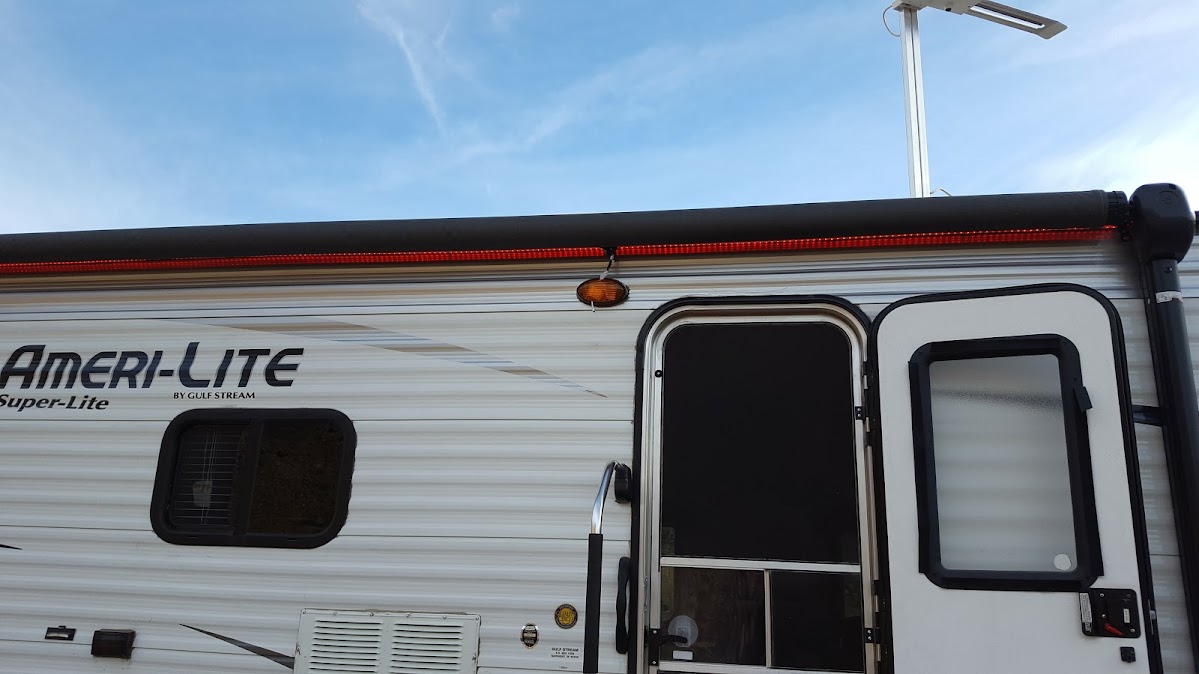 This way the light strip simply becomes my porch light.  I can turn it on and off via the porch light switch and change the colors by the remote.  It’s on red now, but I set it to white when it turned dark and it really lights up the camp area!

I’ve got some extra of the light strip so I can try to set something up under the kitchen cabinets.  Maybe some mood lighting?  Naw, can’t change the color on the ones left over since they won’t be connected to the remote.  Oh well, I’ll think on it. 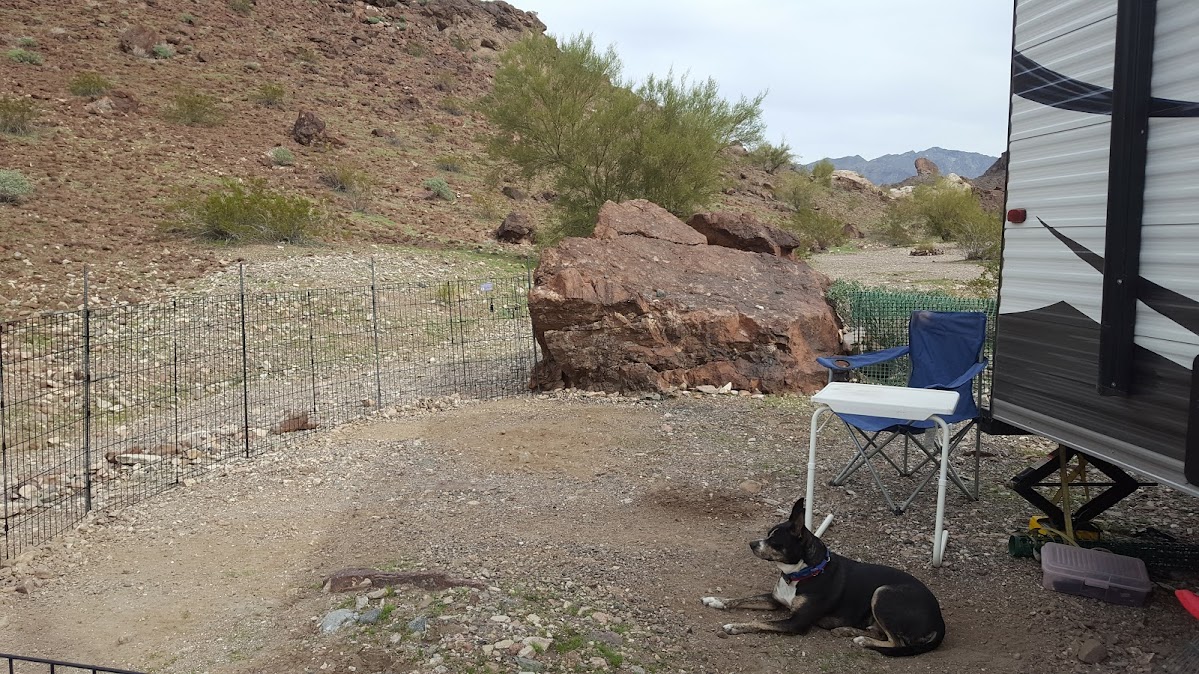 Here’s some scenery outside the trailer.  Kili likes to watch everything from inside the fence.  Not really!  He wants out but he’ll stay there if I’m around.

This entry was posted in RV. Bookmark the permalink.