I’ll catch up on the many days I’ve missed soon.  Just want to at least get the last few days caught up.  I’m at Lake Havasu right now, Craggy Wash.  I like it last year, but this year it’s not the best because I’m dealing with eye issues.  They started Tuesday when I got the bright idea to go back to the Geode beds one last time.  That is a story in itself so I’ll be adding that as I get time.

Anyway, that evening my eyes were hurting.  I had just put new contacts in that morning so I didn’t think it could be that.  I figured I just had a sinus headache, so I took some Sudafed and called it a day.  Woke up Wed. morning with a splitting headache, and decided to take my contacts out.  My eyes felt itchy and scratchy.  So out they came and I noticed my left eye was really red and extra painful.  I spent all day Wednesday nursing that eye with compresses and saline rinses, etc.  No joy.  I decided I wanted to get it looked at because it really felt like there was something in there.  Since the group was going to be going up to Havasu in the near future, I didn’t want to get left behind in Yuma by myself.  Maybe I should have.  In hindsight I probably should have since the group kind of found a spot far from where I am in Havasu, so in effect I’m feeling by myself anyway.  Oh well, coulda woulda, shoulda, right?

In any case I came up here Thursday and was at the urgent care center when they opened at 7am on Friday.  Turns out they “don’t do eyes”, regardless of what their website states.  Oh well…. despite their advice to go to Walmart and see the optometrist (honest to God, they told me that!!!!), I decided to go to the ER where they agreed that the eye certainly looked bad.  By that time, Friday morning, I had only light/dark vision in my left eye.  Like looking through a frosted window.  Scary.  They could not find any foreign object in the eye, though, which is what I was 99% positive it was.  Yikes!  So they referred me to the only ophthalmologist in town and made a same day emergency appointment for me.  Yay!  But for $1000 that seems the least they could do right?

Saw the ophthalmologist and he said that it looked to him as if my cornea had a reaction to a chemical.  The cornea was severely inflamed.  The highest on their inflammation scale….  (pats herself on the back)…. He confirmed that there was no foreign object stuck in the eye.  Well, huh!  Wonder when I got a chemical in my eye that I didn’t notice immediately.  Seems like you would, right?

Oh well, bottom line is he prescribed a steroid/antibiotic drops to put in the eye to bring down the inflammation.  Also some other eye drops to help with the pain.  Now getting those Rx was an adventure in itself because I’m by myself with no one to drive me, with dialated pupils and a blind left eye.  Lots of fun driving back and forth, up and down the Lake Havasu City strip trying to get that Rx filled, along with getting gas, picking up a package at Home Depot, and going back to the ER to get my military ID scanned in because I’d forgotten that Tricare was a secondary insurance!  Yikes.  That paid for the $1000 ER visit, thank you very much!

Got back to the trailer with my meds and a roasted chicken from Walmart around 2:30pm and finally got to take a breath.

So today is Saturday.  It’s late afternoon/early evening and my eye is no longer very painful.  Just a little niggling feeling that there is something in there.  Besides an eyeball!  And yay, I’m now looking through a lace curtain instead of a frosted window.  I can see!  But pretty blurry and white tinged.  It’s a huge improvement from yesterday though, so I’m very happy.  The doctor said it would take a couple weeks at least before my vision is back to where it should be.

So that’s my long-winded story of eye pain and worry. 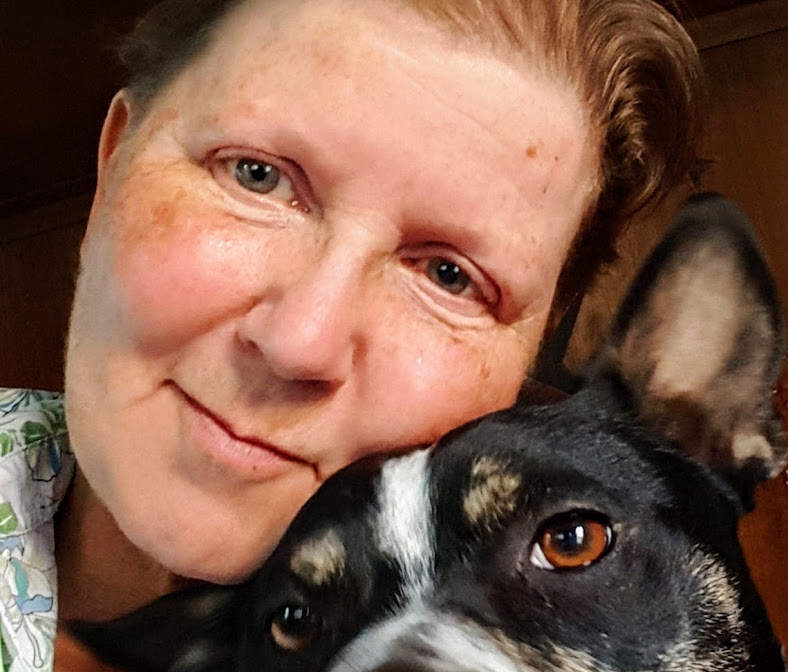 Well, day 1 for me anyway.  I’ve been coming down to Arizona for 4 years to attend RTR.  Each year it gets bigger and bigger and this year it was pretty much out of control.

So basically I gave up on the idea of staying there.  It would have driven me much crazier than I already am.

But today I wanted to go up to attend the Gold Prospecting Seminar, given by HDR or Mike.  It was pretty fair, but there wasn’t much I hadn’t already learned, more’s the pity.  Oh well.  I did get to meet some people that I knew already and I was able to pick up a handheld GPS for a decent price.  Well sort of… it’s an older model that can’t be updated with maps, but for what I want it for it should suffice.  That would be a GPS to put in gold claim coordinates.  And for that it shines.

I didn’t get it though until just before I came home.  In the meantime I got there around noon so I took a ride up to where I thought the GPAA claim near RTR was located. 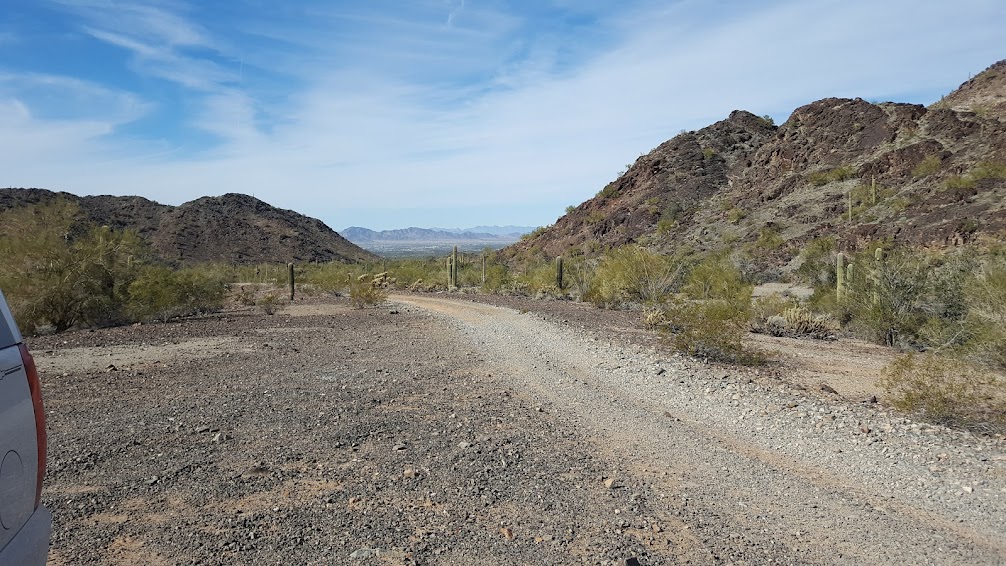 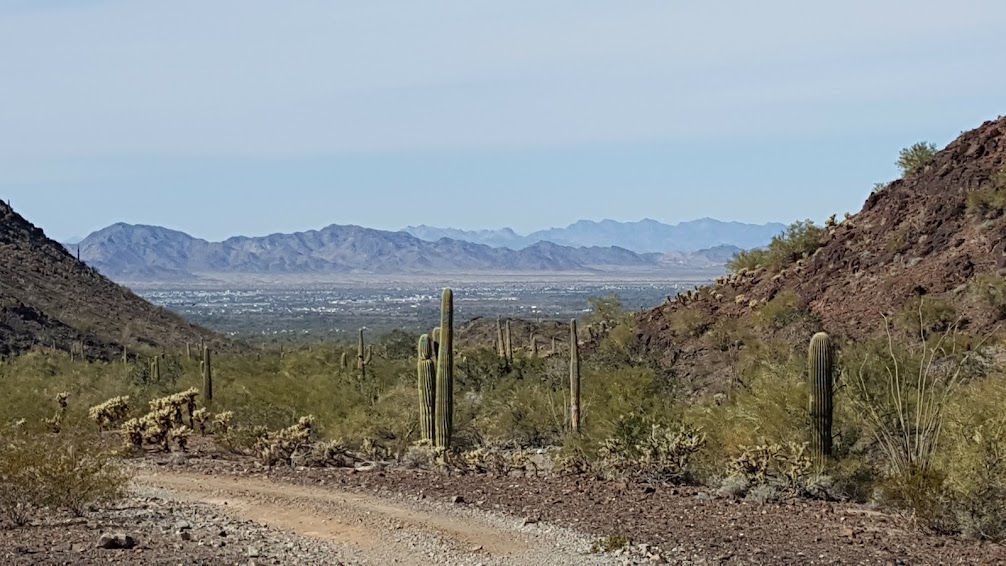 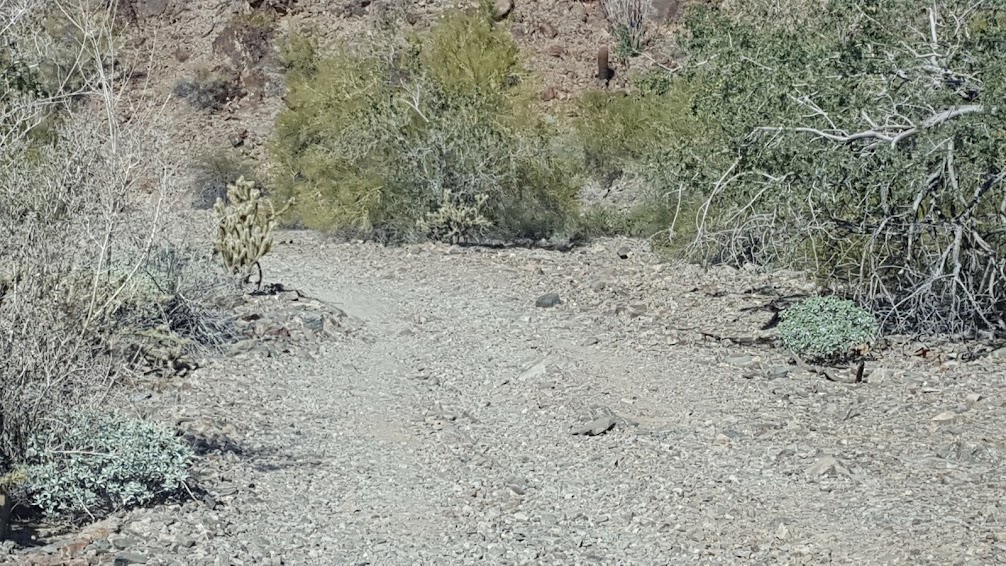 I kept going until it got to where the track was not quite wider than the Beast.  So I gave up and turned around.  Guess I need to get a Mule to prospect after all! 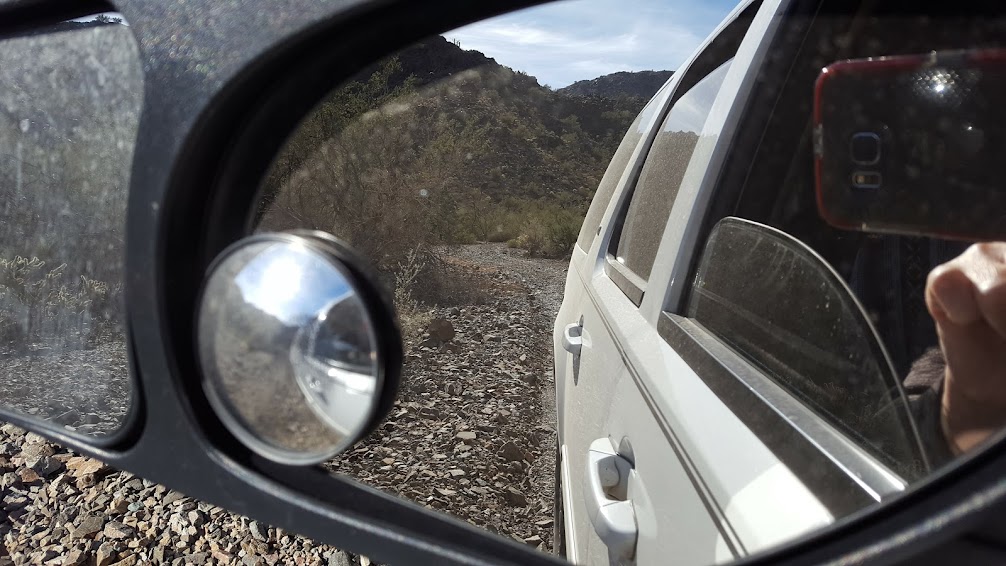 And the star of the show…. 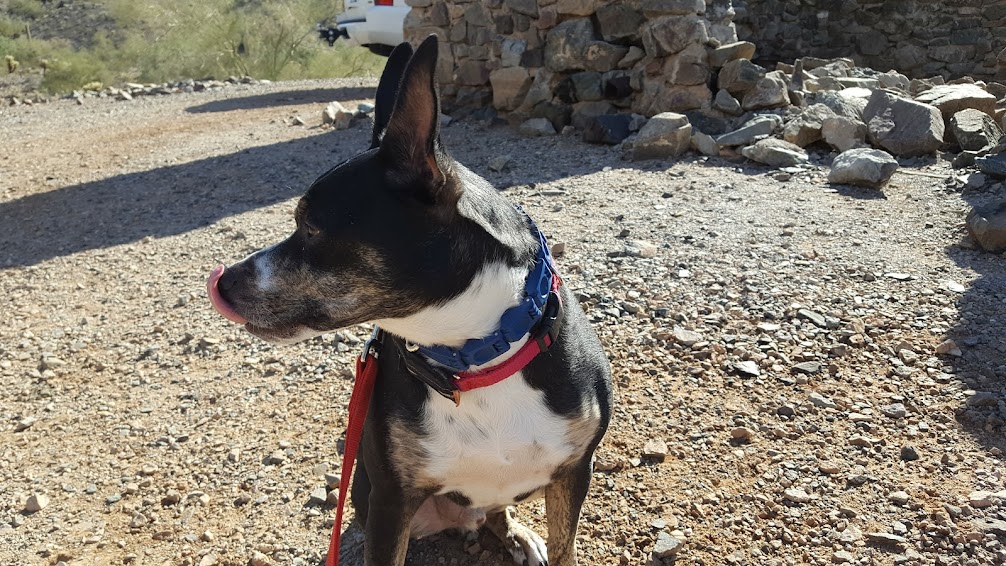 And of course this morning’s rock collection: 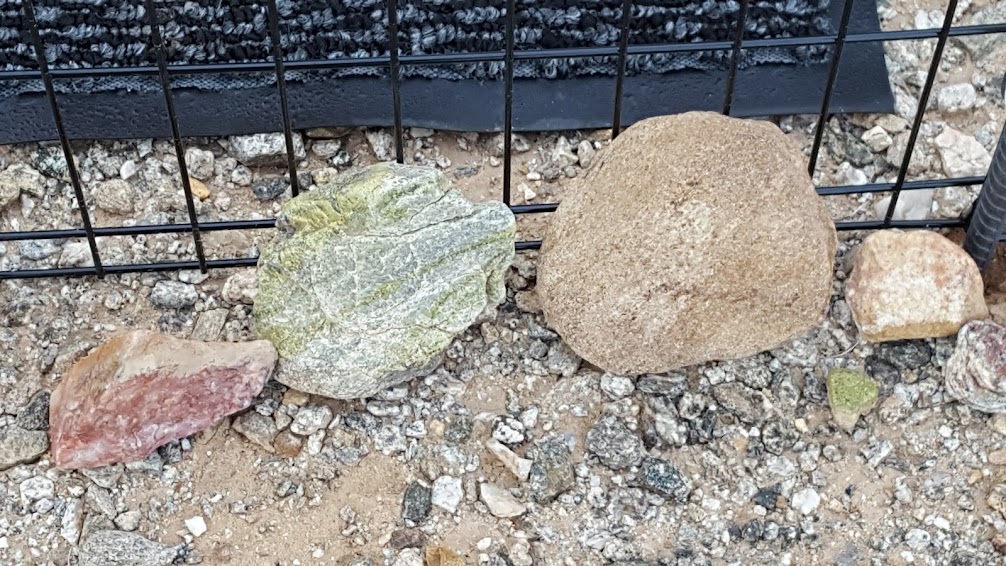 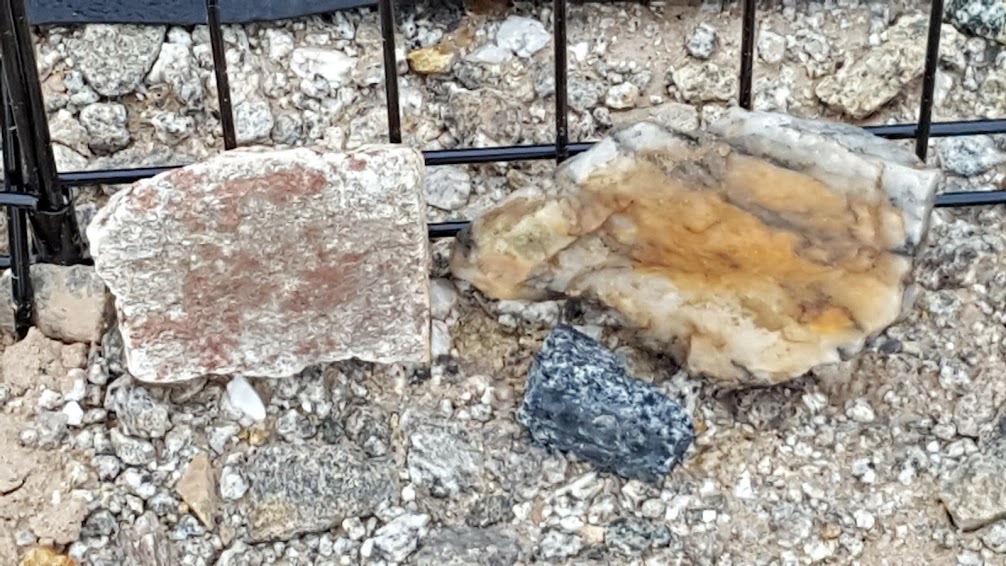 It was a long day and we got back to the trailer just as it got dark.  So night-time walk and off to eat and wind down from the day. 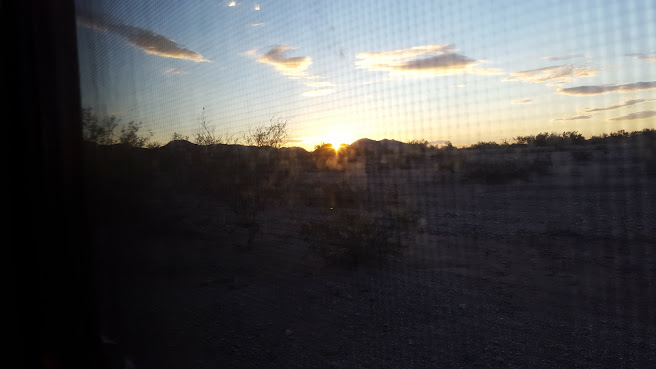 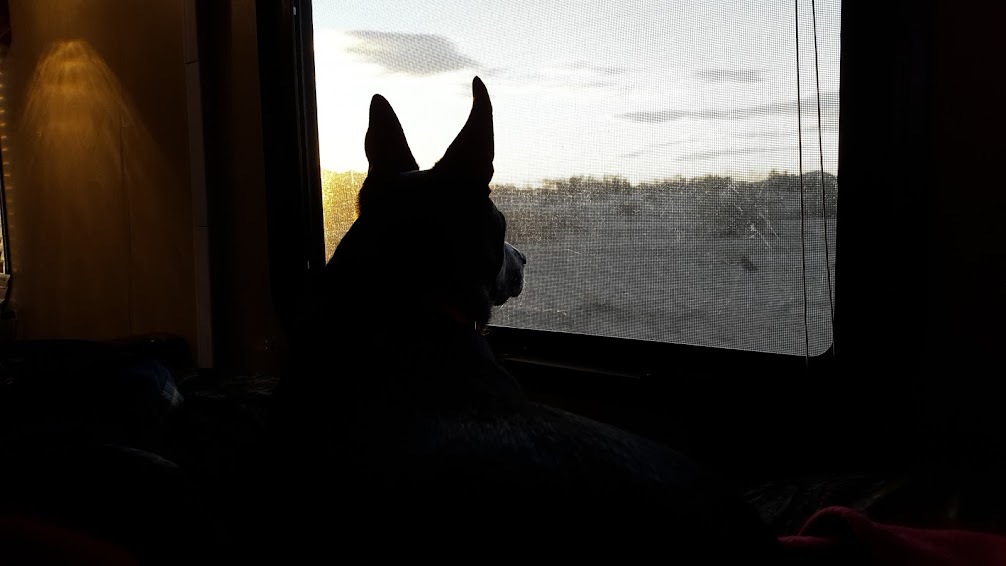 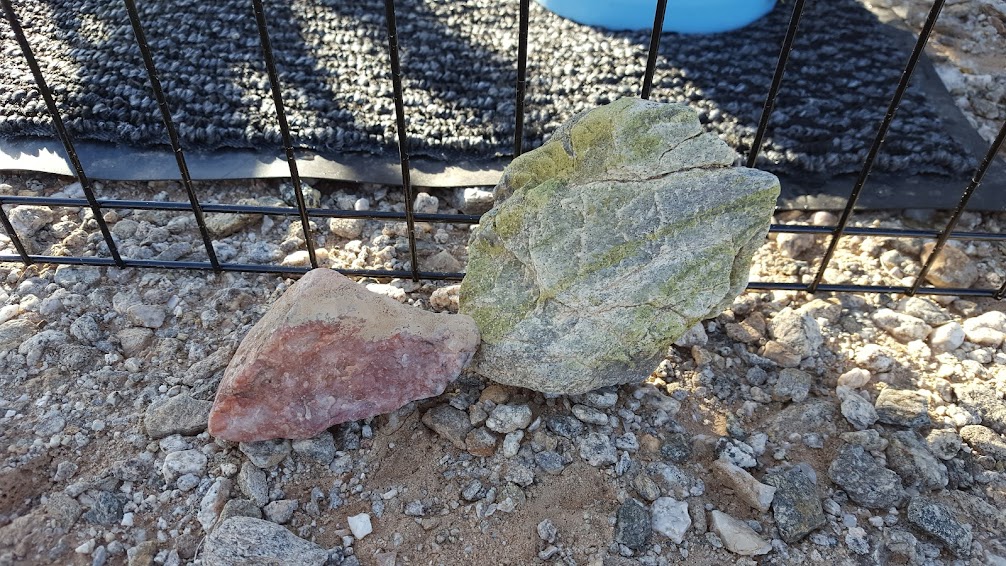 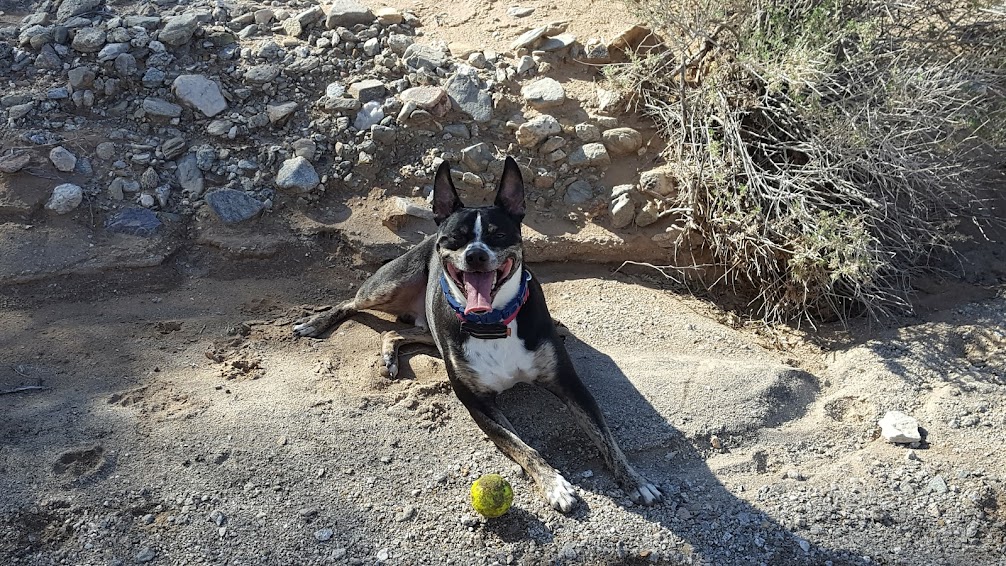